“In an expanding universe, time is on the side of the outcast. Those who once inhabited the suburbs of human contempt find that without changing their address they eventually live in the metropolis.”
Quentin Crisp –The Naked Civil Servant

The art and activist movements that arose in the wake of the internet revolution, have come closer than any of the avant-garde groups of the last two centuries to realizing the modernist utopian dream of universal collective participation in cultural production and the rise of a “mass intelligentsia”, attaining what romantic modernists from Novalis to Joseph Beuys aspired to when they declared “every one an artist”. The rise of social media and other so called “walled gardens” may be domesticating the internet but the drive to expand and intensify the ideal of democracy remains the “true north” of the internet revolution.

Although this drive for mass participation has been at the core of the utopian avant garde art for generations it was generally believed that this possibility of mass dis-alienation existed only as potential, a potential that the masses simply did not have the power to actualize. However an alternative view emerged with the publication in 1980 of “The Practice of Everyday Life”, in which the Jesuit scholar, Michel de Certeau proposed that an invisible world of mass cultural participation far from being a distant utopia already existed albeit surreptitiously in a twilight realm of what he called ‘the tactical’. 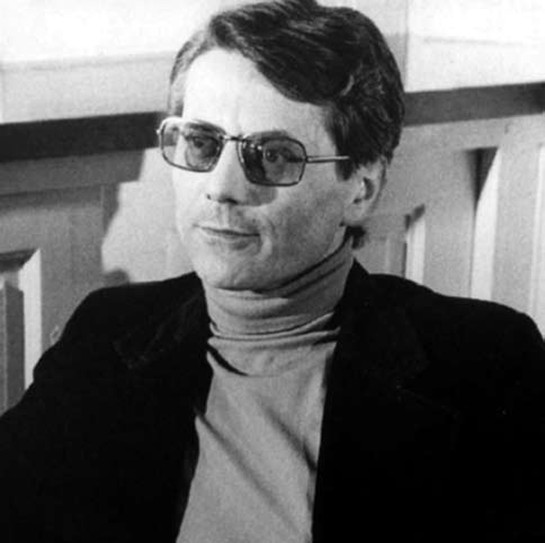 Although technology and communications were not a primary concern to de Certeau, it was he who substituted the term “user” for the less active “consumer” describing the purpose his work as bringing to light  “.. the models of action characteristic of users whose status as the dominated element in society (a status that does not mean they are either passive or docile) is concealed by the euphemistic term “consumers“. [1] This substitution was influential in creating an alternative to academic cultural studies based on the politics of representation and shifting the emphasis instead towards a more active, practice orientated “user language”. This prescient inflection towards user participation contributed to the emergence of a new perspective in which the consumer came to be recognized as equally important as the worker and in which the primary power relations were analyzed in terms of a key dichotomy he introduced based on the relative positions of the strategic vis – a – vis the tactical.

The User Language of Every Day Life

“Every day life invents itself by poaching in countless ways on the property of others” [2]. So wrote de Certeau “The Practice of Everyday Life”, a book which arrived at a much richer and more supple picture of the realities of cultural politics than were available as the staple diet of the Cultural Studies movement of the period. In place of an identity politics based on critiques of media representations, de Certeau introduced a less deterministic emphasis on the uses to which audiences put media representations, the multiple ways in which these forms are tactically appropriated and repurposed by consumers.

For de Certeau cultural production could only be fully understood as multiple acts of co-creation in which the consumer was never merely a passive recipient but rather an active though unequal, participant in the creation of meaning. Above all he saw the act of consumption as a form of production. “To a rationalized, expansionist and at the same time centralized, clamorous, and spectacular production corresponds another production, called “consumption.” [3] by convening a new discussion in these terms de Certeau provides a language appropriate to profound changes in social, economic, and power relations taking place “where the figure of the consumer takes center stage alongside (or even instead of) the worker, or better where these two figures are merged. Hardt and Negri thus speak of “affective labor,” [4].

At the core of “The Practice of Every Day Life” is the distinction between tactics and strategies. Although consumers are full participants in the creation of meaning it is nevertheless a highly unequal relationship. He defines strategy “as a calculus of force relationships when a subject of will and power (a proprietor, an enterprise, a city, a scientific institution) can be isolated from an environment.” [5].… a place where it can “capitalize on its advantages, prepare its expansions, and secure independence with respect to circumstances.” [6] In contrast he describes the tactical in more labile, and poetic terms that suggest a distinctive style ” in which the weak are seeking to turn the tables on the strong. Tactics must depend on “clever tricks, knowing how to get away with things, the hunter’s cunning, maneuvers, polymorphic simulations, joyful discoveries poetic as well as warlike they go back to the immemorial .. “intelligence displayed in the tricks and imitations of plants and fishes. From the depths of the ocean to the streets of the modern megalopolises, there is a continuity and permanence of these tactics“. [7]

When de Certeau began to write of tactics in the late 1970s he was describing a largely speculative and barely visible twilight realm. Invisibility and subterfuge was part of the point, to a degree he was making a virtue out of a necessity. As he put it “The making” in question is a production, a poesis – but a hidden one, because it is scattered over areas defined and occupied by systems of “production” (television, urban development, commerce, etc)”….”it is dispersed, but it insinuates itself everywhere, silently and almost invisibly, because it does not manifest itself through its own products, but rather through its ways of using the products imposed by a dominant economic order.”  [8]

From Invisible Tactics to Tactical Media

Although de Certeau’s ideas became influential among cultural studies theorists of the 1980s it was not until the early 1990’s that mass access to cheap and easy to use media put these powerful expressive tools in the hands of users. It was this fact that propelled de Certeau’s twilight world of barely visible tactics into the light of day. With visibility came the reflexivity that enabled a new and increasingly self-conscious form of cultural practice to emerge. A constellation of distinctive but overlapping practices: artists, hackers, political activists, independent media makers coalesced into a previously un-named movement which a network of artists and activists associated with the Amsterdam based festival The Next 5 Minutes, dubbed tactical media. [9], which successfully exploited the cracks that had already started to appear in the edifice of traditional broadcast media as the internet began to take hold.

Tactical media gave a home to a growing number of artists who whilst repudiating the politics of the contemporary “art world” were unwilling to relinquish the utopian legacy of the avant garde which (in contrast to the disciplinary regimes of party politics) placed a high value on the liberating power of expression in politics. This “Expressivism” can be traced back to the eighteenth-century Romantic rebellion against the rationalist utilitarianism of the Enlightenment and was the first major social movement in which artists played a central role. In part this was because of the inspiration drawn from the movement’s founding philosophers particularly Herder and Novalis whose writings gave a new significance to the power of language (or expression), proposing that “in a world of contingent horizons, our sense of meaning depends, critically, on our powers of expression…” and “that discovering a framework of meaning is interwoven with invention” [10]. . The centrality of the expressive dimension in Romanticism accounts for the important role played by artists, but with the important caveat that the expressive freedom and possibilities of self-creation enjoyed by artists were also the rightful legacy of all human subjects. Connecting these deeply rooted historical aspirations of universal expressive participation to new media is a key factor in understanding how the ideal of democracy has been transformed ever since its fate became linked to the internet.

de Certeau would have been initially gratified by the degree to which the tactical ‘user’ he championed has emerged as the ‘prime mover’ of the social web era. He would however have noted that not only is his dichotomy between the tactical and the strategic positions still intact, it also continues to be accompanied by the familiar asymmetrical balance of power. But he would also have encountered a world in which the Internet’s distributed architecture has changed the rules of engagement, creating new spaces for both a vastly increased level of tactical user agency along with instruments providing unparalleled levels of command and control.

The network theorist and free culture activist, Felix Stalder’s recent work helps us to revise an re-locate the position tactical and the strategic domains for the era of the social web in what he calls the front end and the back-end. The front end where the actions may be “decentralized, ad-hoc, cheap, easy-to-use, community-oriented, and transparent” and the back end, which are “centralized, based on long-term planning, very expensive, difficult-to-run, corporate, and opaque. If the personal blog symbolizes one side, the data-center represents the other.“…” there is a growing tension between the dynamics on the front-end (where users interact) and on the back-end (to which the owners have access).” [11]

We see this in many conflicts taking place between Stalder’s strategic back end and the tactical front end. An illuminating skirmish took place during the media coverage of the 2012 London Olympics. In which the Los Angeles based journalist Guy Adams, reporting for the Independent, an important UK national daily, tweeted about the poor coverage given to the opening ceremony by NBC. Adams concluded his tweet by transmitting the corporate address of the boss of NBC urging people to send tweets and e-mails. Twitter immediately suspended his account. It later emerged that Twitter had alerted NBC in order to trigger the complaint that legitimized the suspension. Behind this apparently trivial conflict was the fact that Twitter and NBC had established a commercial partnership to transmit the Olympics. It was the first content partnership Twitter had ever established with a broadcaster of this size. The kinds of tensions on display are clear enough, the avowed commitment of Twitter to being an open platform committed to free speech trumped by the need to keep an important commercial partner happy. The immediate consequence of the suspended account was an uprising from the Twitter user community with hash tag, “NBC fail” or “fail NBC”. As a result three weeks later the account was reinstated along with an apology in a Twitter blog post saying “we apologize we did alert NBC officials and that was wrong”.