A piece of tactical media history: The Tompkins Square Riots and the ‘Camcorder Revolution’

New York based media artist and media-activist Paul Garrin‘s video Man with a Video Camera (Fuck Vertov) has been available for some time on-line at the Media Art Net website – unfortunately only in grainy quality. We decided to nonetheless include this video in the Tactical Media Files, as it represents an important moment in shaping what would later be termed ‘tactical television’ during the first Next 5 Minutes festival in 1993. 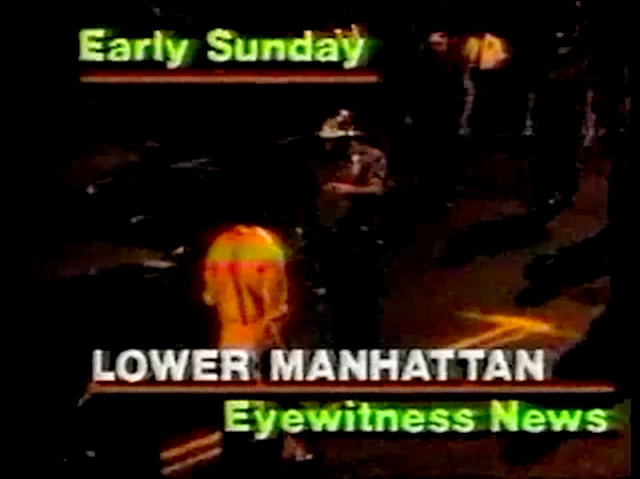 Garrin’s video documents police brutalities in what is now known as the 1988 Tompkin Square Police Riot in Lower east Manhattan, leading on from anti-gentrification protests in the neighbourhood. Garrin more or less accidentally ended up in the middle of the riot with a video camera, and also got beaten up himself. He managed to air the video on several TV stations, resulting in police threats on his answering machine. When he contacted more prominent media with his tape and his story,  a media whirlwind was unleashed – testifying for Garrin to the power of video to contradict official but clearly false representations of social and political events. It sparked what Garrin calls the ‘camcorder revolution’. 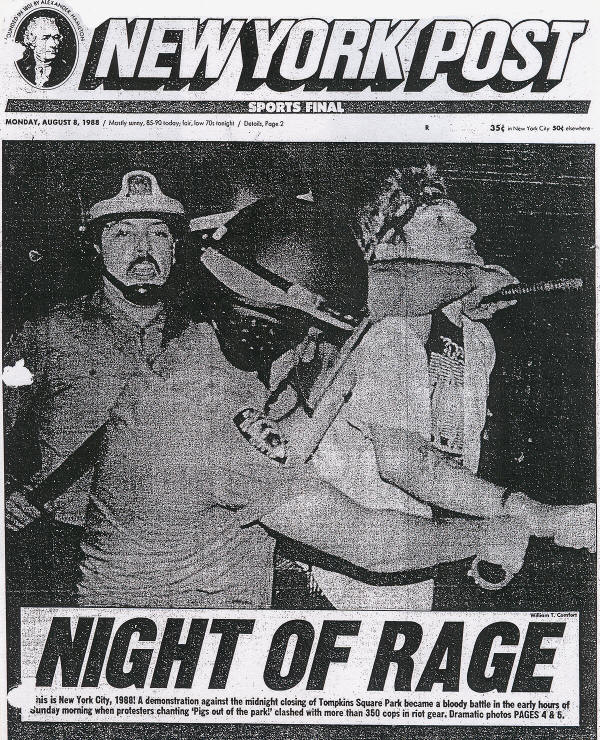 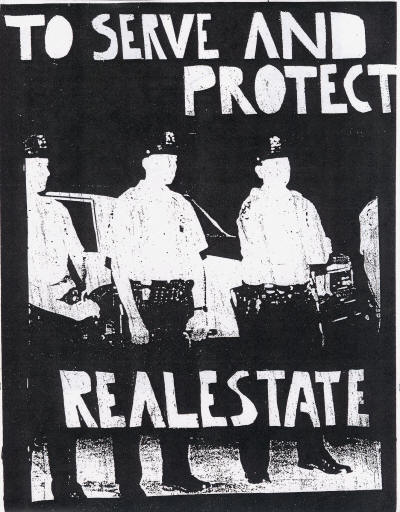 As the video is already available on-line we  collected  other relevant background materials. In August 2008 The Shadow,  “New York’s only underground newspaper, publishing on the Lower East Side of Manhattan since 1989, as a result of the distorted mainstream media coverage in the aftermath of the infamous police riot in Tompkins Square Park on August 6-7, 1988“, devoted an issue to the ’20th aniversary’ of the events in 1988 that had spraked its own inception. The issue includes a collection of ‘riot memories’ by people directly involved in the events, including Garrin himself.

Thirdly Garrin’s short text “The 1988 Tompkins Square Police Riot – A Video Point of View” has been added that reflects on the media dimension of that hot summer night in 1988 in Manhattan’s Lower East Side.

Considering the proliferation of citizen media, on-line video, reality media (as nauseum) today, it is hard to imagine the almost entirely closed media landscape of the 1980s and the broadcasters insistence on ‘broadcast specs’ for (not) accepting citizen reports – still the fights over transparency and public representation continue, also today.

This entry was posted in TMF and tagged camcorder revolution, gentrification, tactical television. Bookmark the permalink.